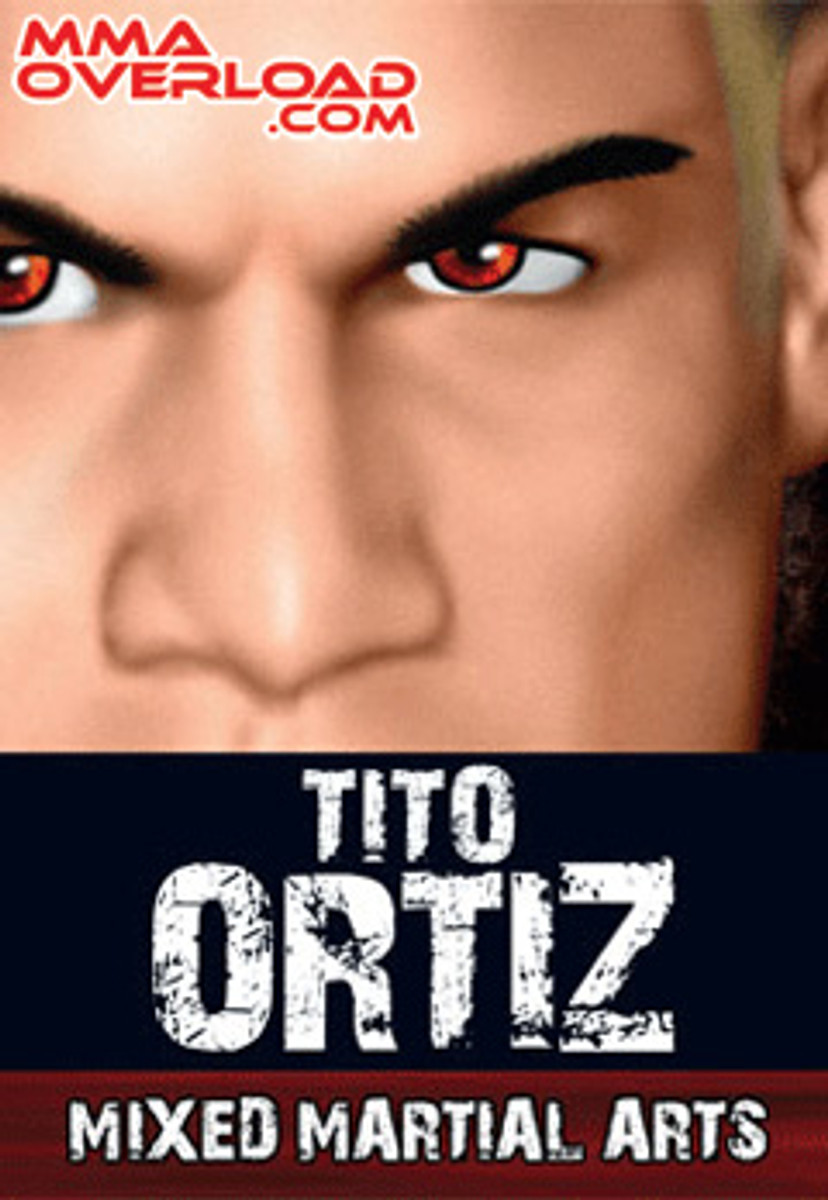 Tito Ortiz 6 DVD Instructional SetFormer champ and coach Tito Ortiz takes you through this massive set with nearly 7 hours of instruction. Start with a full conditioning series with 2 bonus volumes from another champ Chuck Liddell then Tito wraps up with a volume covering his condition routines. Tito then moves and covers what he is best at, taking people down, defending takes downs, and then ground and pounding them. This set includes the following DVD's.The Mixed Martial Arts Conditioning Series   Volume 1: Conditioning with the Iceman I\n \n The most feared striker at 205 shows his most feared conditioning routine. Train with Chuck as he teaches bungee shots, endurance pummeling, heavy bag spin, sprawls, focus mitt drills, bag toss, hand speed drills, kicking drills and more to keep your game brutal from the first round to the last! (48 mins)   Volume 2: Conditioning with the Iceman II\n \n This volume keeps the sweat flying and the breath ragged, because the more you train in peace, the less you bleed in war. Special emphasis on weight training, including shoulder, chest and triceps, flat bench press, grip work, finger pinch drill, and much more! (30 mins)   Volume 3: Conditioning with Tito Ortiz \n \n This volume is designed to give you the strength and endurance to last in any fight situation, be it in the cage or in the street. Learn as Tito takes you through his three-day split workout routine, training your entire body, part by part. (51 mins) The Tito Ortiz Takedown Series    Volume 4: The Underhook Series\n The Underhook is the most important part of the entire stand up game, and this is the best work on it ever! Tito teaches many upper and lower body takedowns, chains, angles, off balancing, plus striking, working against the cage, and even submission! (40 mins)   Volume 5: Takedowns\n It isn’t how big they are, it is how hard they fall. This is not just a simple demonstration of the single, double, and high crotch; Tito drills the fine points of the high and low single, high and low double, and more, plus many high percentage finishes and set ups. If you want to pound them on the ground, this is how to get there! (52 mins)   Volume 6: Defense Against Takedowns\n The crowd loves a knockout, and you do too, but striking without takedown defense is a race car without wheels. Tito breaks down defense into its critical points, step by step, and then puts them together into an impregnable wall! (40 mins) The Tito Ortiz Punishment Series    Volume 7: The Fundamentals of Fighting\n This is the fundamental base on which to build a championship game. Includes positioning level changing, hand positioning, basic strikes and set-ups, circling, pummeling, single and double leg attacks, high crotch, and sprawls. (45 mins)   Volume 8: Ground & Pound Plus\n Learn the intricacies of shutting down the entire Guard game, and pounding it senseless. The striking techniques move beyond In Guard, to side control and Mount and more. Plus over a dozen leglocks, armlocks, and neck cranks. Your opponent will learn what gravity truly is! (52 mins)   Volume 9: Attacks From Guard\n Tito covers ALL the high percentage guard strategies — submissions, sweeps, striking, and taking the back. Submissions include arm bars, chicken wings, triangle, guillotine, ankle lock, knee bar, plus combinations, set ups, and more! (49 mins) \n\n Name: Tito Ortiz \n Nick Name: The Huntington Beach Bad Boy \n Record: 15 - 4 - 0 (Win - Loss - Draw) \n Wins: 11 (T)KOs \n           2 Submissions \n           5 Decisions \n \n Losses: 1 (T)KOs \n \n Association: Team Punishment \n Height: 6'2 (188cm) \n Weight: 205lbs (93kg) \n Style: Submission Fighting \n Birthdate:01/23/1975\n City: Huntington Beach \n State: California \n Country: USA \n

No reviews. Leave a Review

Stitch Duran One More Round DVD