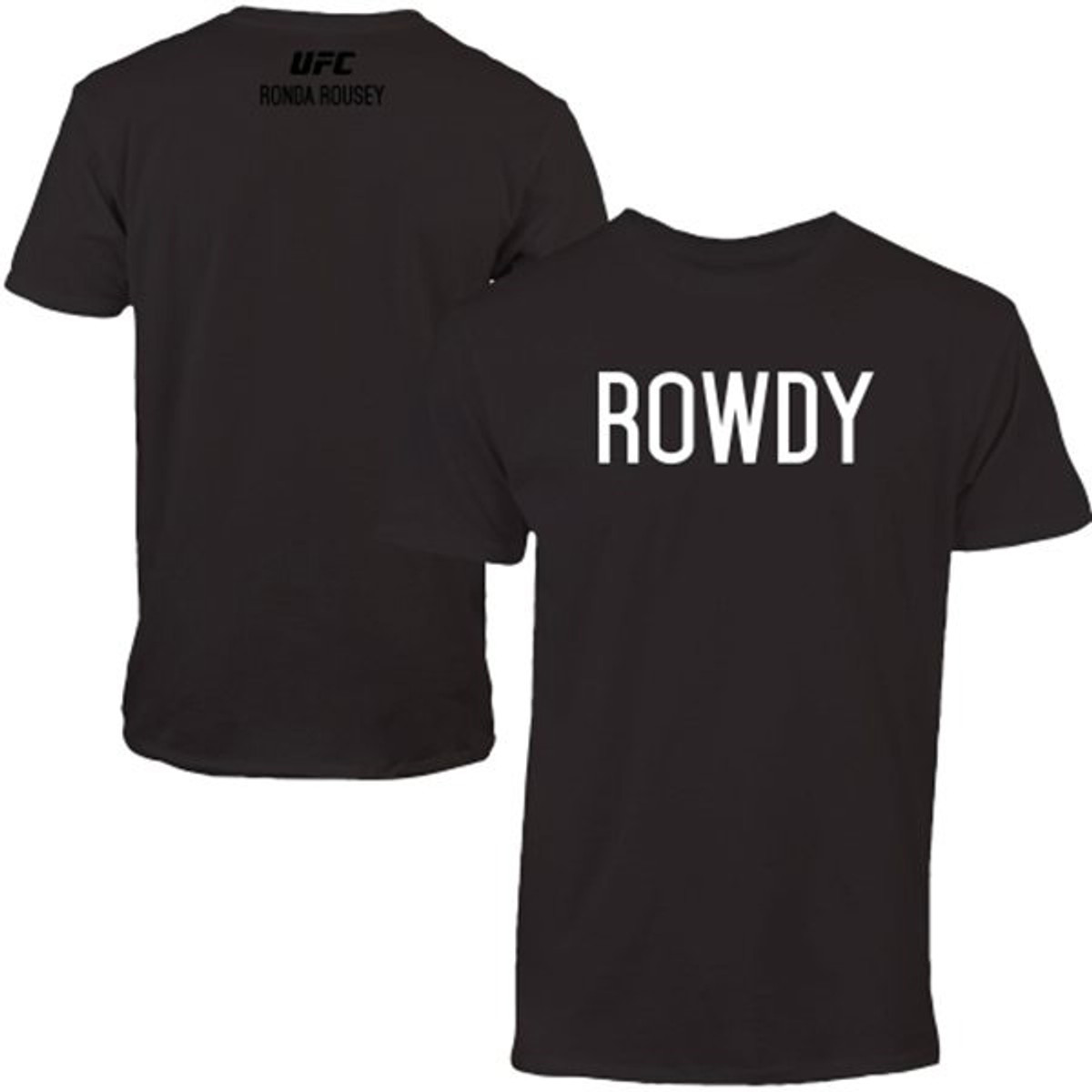 $34.99 $19.99
Designed by a fan, the ‘Rowdy’ Ronda Rousey Walkout Collection will be worn by Rousey as she walks out to fight at UFC 184. The ‘Rowdy’ Ronda Rousey Youth Walkout Tee, a version of what she’ll be wearing when she strides out at the fight and it’s sure to grab anyone’s attention with its bold statement. This tee features the word ‘Rowdy’ printed on the front in white foil and “UFC Ronda Rousey” on the back in black foil. In the UFC 184 main event, the undefeated UFC women’s bantamweight champion defends her crown for the fifth time. Rousey has ripped through all competition at 135 pounds and is ready to get rowdy again at UFC 184. Show your support for the women’s bantamweight champion and get your ‘Rowdy’ Ronda Rousey Walkout Tee today.
No reviews. Leave a Review